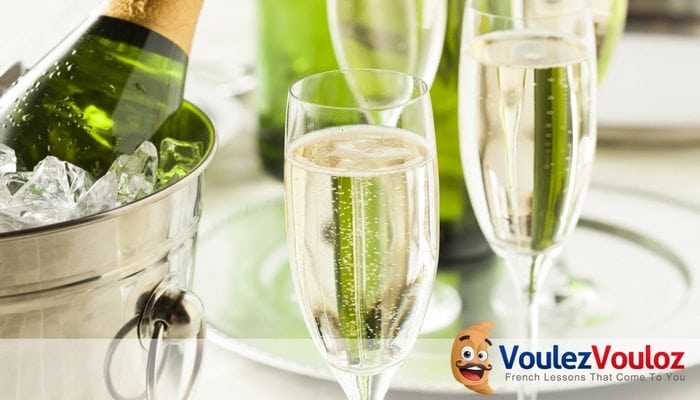 It is undoubtedly THE national pride of France.

It is incredibly renowned all over the world and its name is synonym of luxury. Let us explain you everything about le Champagne!

1 -Where does it come from?

Champagne comes solely from Champagne, a region North East of France where sublimely plump grapes grow. Only sparkling wine made from grapes grown in this region using the hush hush ‘’champenoise’’ method, may be called Champagne.

Wines from the Champagne region can actually be traced way back to medieval times. Later on,churches and monks cottoned on and set up vineyards (in their back yards;-).

Les Champenois (people living in Champagne) were envious of the reputation of the wines made Les Bourguignons (people living in Burgundy) and wanted to produce wines of equal muscularity. However, the northerly climate of the region gave the Champenois a few challenges in making red wine: the grapes would not ripen fully and often would have high levels of acidity and low sugar levels (beuuuurk!!!)

The oldest recorded sparkling wine is Blanquette deLimoux, which was apparently invented by Benedictine Monks (officially the merriest monks know to man;-) in the Abbey of Saint Hilaire, near Carcassonne in 1531.

Champagne can only be made from 3 kinds of grape;

How can this happen, pray? Must be a kind of magic, non?
It’s actually very simple: the skins (where the pigment resides) are removed immediately after the grapes are pressed, which keeps the juice clear… Et voila!!!

4: What about Rosé Champagne?

The only exception is with rosé Champagne. Rosé can be produced by leaving the skins in the juice just long enough to tint it, or by producers adding red Pinot Noir wine directly to the blend.
This second method is the most effective as it allows them to create the same colour each year. So there…

5 -What are the different types of bottles?

6: What are the sweetness levels? 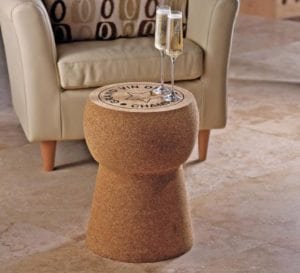 7: Which are the most renowned Champagne houses?

Unlike other French wines that are named after growing regions, Champagnes take the names of the houses that produce them. The largest and most famous of the houses are known as ‘’Grandes Marques’’ (big brands).
Twenty-four of them belong to an organization that requires they meet to certain minimum standards. Some of the more recognizable members of this bubbly club are: Bollinger, Charles Heidsieck, Krug, Laurent-Perrier, Moet et Chandon, G.H. Mumm, Perrier-Jouet, Pol Roger, Pommery & Greno, Louis Roederer, Taittinger, VeuveClicquot-Ponsardin

In 1662. InFrance, the first sparkling Champagne was created accidentally; its pressure led it to be called le vin du diable (the devil’s wine), as bottles vigorously exploded

Champagne was sweeter in the 19th century.The trend of making it drier came when Perrier-Jouët decide not to sweeten his 1846 vintage prior to exporting it to London

Everything you need to know about French Champagne #French #Frenchchampagne

So have YOU tried Champagne? No?

Where have you been hiding?

It’s an alcoholic beverage that is sparkly in nature and easy to converse with. Drunk in long thin glasses know as flutes. To be consumed in “immoderation”. Do try one and let us know how it goes.