VoulezVouloz is currently partnering with Eastside FM 89.7FM. The station plays Soul. Funk, Jazz, Electronic, Blues and World music giving you sounds like no one else can.

The ForeverFrench program is presented by Gabrielle, Sandrine and Alex who play music from French speaking countries, including Belgium, Switzerland, Africa, The French Caribbean, Quebec, New Caledonia, Tahiti, Madagascar and Reunion Island. Naturally, we play music produced in France. Some of it is in English, Arabic, Corsican or even the Celtic dialect of Brittany. 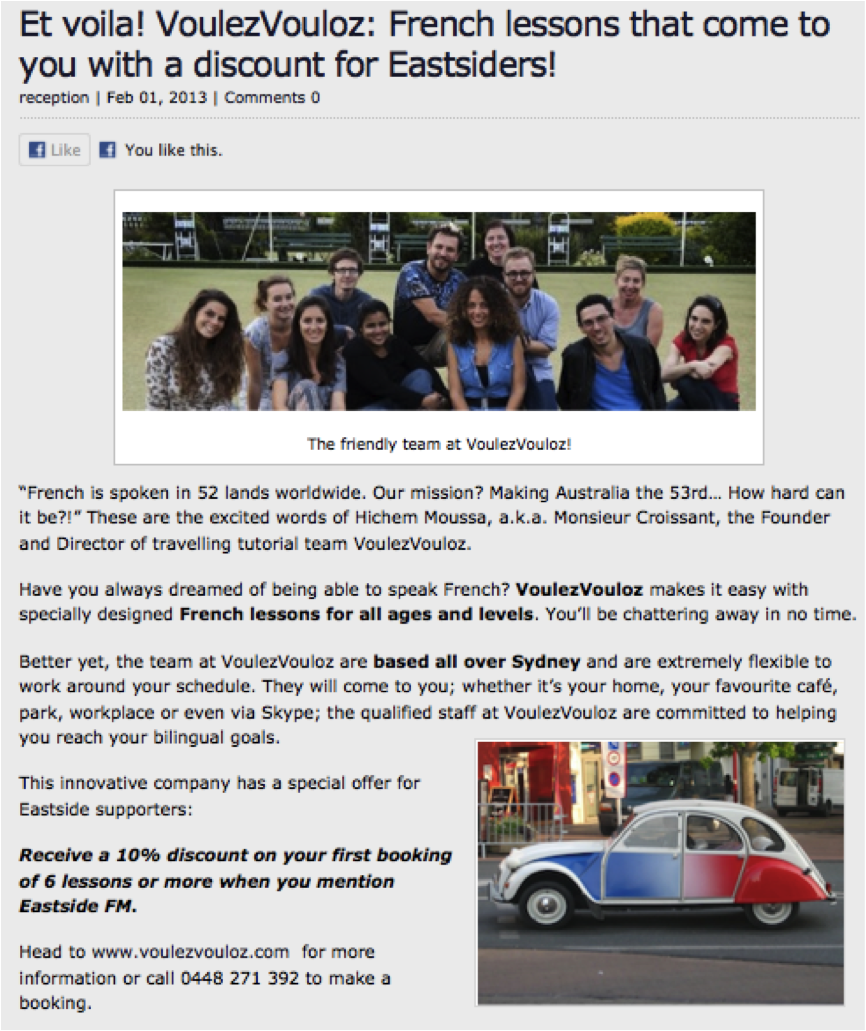