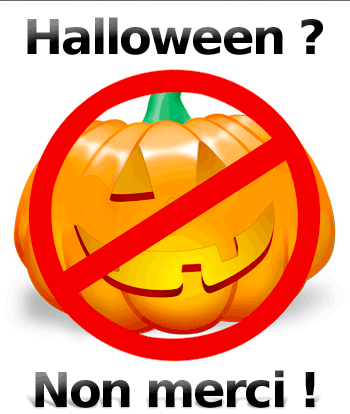 If you’re staying in France for Halloween and wondering what it’s going to be like, or you’re just curious about how French like to celebrate Halloween – this is the article for you. We’ve done some Halloween research, and we’re ready to answer all your questions!

Do the French actually celebrate Halloween?

If you ask a French person what they think about Halloween, well, the answer will most likely be:

’’Halloween is American. It’s only commercial and we don’t need it!’’

Although Halloween isn’t actually an American celebration, they are probably responsible for the large-scale commercialisation of the event.

In short, after being imported into France in the 1990s and gaining some popularity over the next few years, Halloween is still not very popular, and its celebration is kept very simple.

How do the French celebrate Halloween?

In France Halloween has become more of an adult celebration than one for children.

You’ll be extremely unlikely to find any other costume than the scary ones. No Peter Pan, Batman or Cinderella on a night like this one.

Our poor French children will be left with not much to do on Halloween night.

It’s also a school holiday in France at that time of the year, and that means that some holiday camps might have a celebration organised, with scary costumes and baskets full of lollies.

What are the French Halloween traditions?

Despite the fact that celebrations aren’t big in France, stores, big supermarkets and sometimes offices take the opportunity to decorate their windows and display jack-o’-lanterns.

Treats and lollies have a strategic place in the shops, and big brands use it as a marketing tool.

Bakeries and pastry shops will definitely have some delicate chocolates and pastries for this occasion only.

Do French children trick or treat?

If you’re in France, you can always give trick-or-treating a try, but you’ll most probably be disappointed. The French don’t usually stock up on lollies for a possible trick or treat visit.

However, if you’re in Paris, the best place to take your children is Disneyland Paris.

There’s probably no better place in France to celebrate Halloween. The park usually celebrates for the whole month of October (Disneyland Paris).

If you run out of Halloween ideas, the websites below will give you plenty of inspiration for a craft day with children from colouring-in to costume making.

You might find a bakery decorated and a basket of lollies on the counter, or even the local bar having a themed party but that will be about it. French people, as we all know, are very faithful to their traditions and not very open to the ones coming from abroad.


Have you experienced a Halloween in France? Was it a memorable celebration? What did you do? Please share it with us… We’d love to hear about your stories!