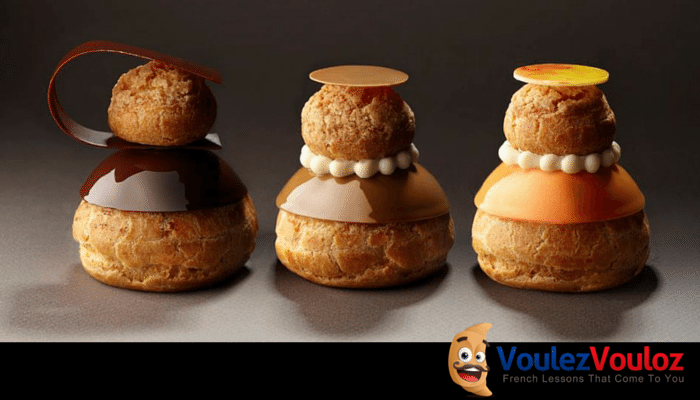 We swear. We looked for them really hard but for some reason, some of our best pastries just didn’t make it to Australia 🙁

So we decided we would talk about them and who knows? An Australian pastry chef might come across our blog and decide to give it a go!

Made of: A choux pastry and a praline flavoured cream

History: It is in 1910 that this pastry has been created to honour the famous bicycle race Paris-Brest (that started in 1891) by the pastry chef Louis Durand. It was first eaten by riders from the race and then became very popular all over France. Its circular shape represents a wheel. You can also find rectangular Paris-Brest.

Made with: The religieuse is made of two choux pastry cases filled with “crème pâtissière” (= custard) a large one on the bottom and a smaller one on top, traditionally iced with a chocolate or coffee nappage and joined together with buttercream.

History: Not easy to find its first origins but it appears that it is in the mid 19th century that the first Religieuse was made. 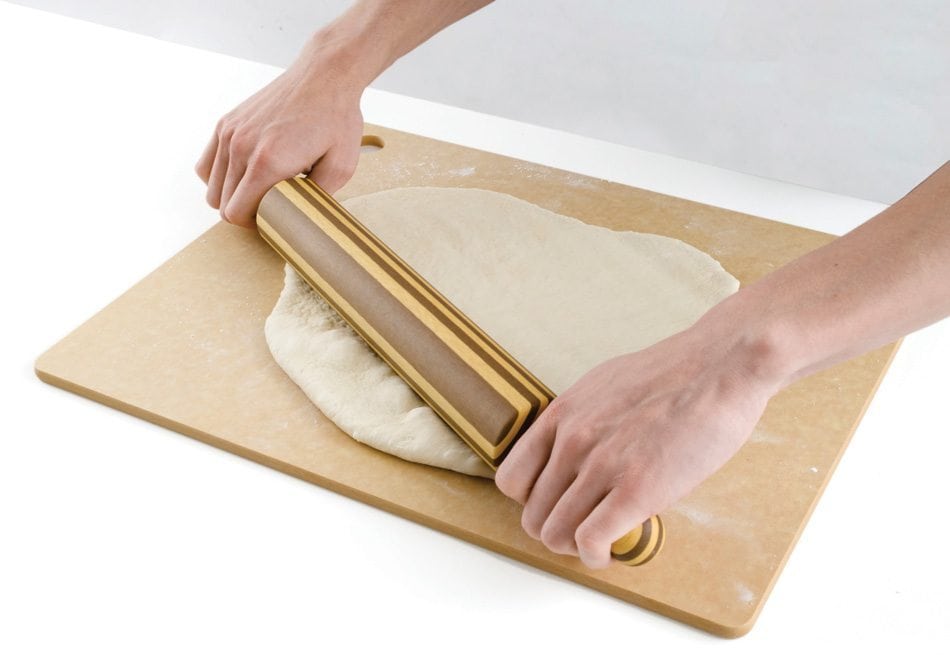 However, we have to say that the one who first invented the batter was Panterelli in 1540. It is in 1855, after days in his pastry kitchen, that the Parisian pastry chef Frascati, succeeded in creating the fist Religieuse. It was clear with time that these iced, custard-filled double cream puff delicacies would represent the image of obese nuns.

History: By 1890, the pastry chef Lasne had his store located close to the Paris Stock Exchange, and his clients consisted largely of Brokers, eager to swallow on the go a cupcake that does not stain the fingers. And Lasne made it! He also had the brilliant idea to change the oval shape of the original bakery to evoke a bar of gold . 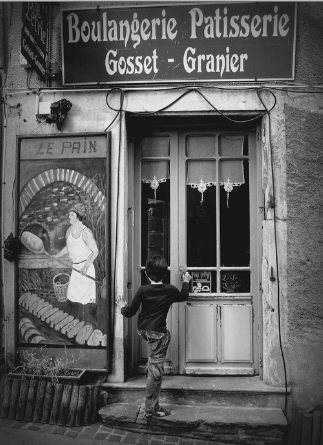 Made with:  Prunes, Flour egg, milk

History: The authentic Far Breton recipe appeared in the 18th century. The savoury version of this fine pudding was then appreciated to complement main meat dishes in Brittany. Whilst this original recipe has been mainly adopted in this West region of France, the sweet Far Breton has known a great national success since the middle of the 19th century. It became a traditional dessert for family meals and religious celebrations. To create a denser and richer dessert, pastry chefs added then more butter and eggs – which made the Far Breton a more expensive dessert enjoyed by the upper class at that time. Nowadays, this sweet specialty widely represents Bretagne‘s gastronomy and convivial traditions.

Made with: : brioche, vanilla pastry cream

History: A pastry created it for Brigitte Bardot! The Tarte Tropézienne is a brioche-like cake filled with vanilla pastry cream and topped with rock sugar. The confection was developed in Saint-Tropez in the 1950s by a local pastry-maker of Polish origin, Alexandre Micka. When the 1956 film “And God Created Women’’ was being filmed in Saint-Tropez, director Roger Vadim hired Micka as a caterer for the film. The cast and crew, including Brigitte Bardot, fell in love with the cake, and according to the myth, it was Bardot suggested the naming the cake for the town.

We hope you enjoyed our five stories about these delicious forgotten French cakes. 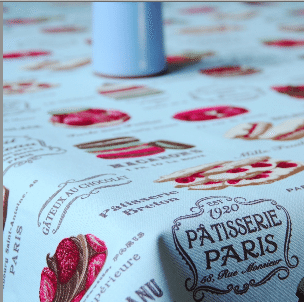 There are plenty more that we don’t find in our Land Down Under, but what we suggest is for you to hit the kitchen and try one of these fabulous recipes!


You have probably tried many others than those and we really want to know which ones… Share your experience with us!