Bonbon is French for ‘Sweet’, because it’s twice as "bon"! 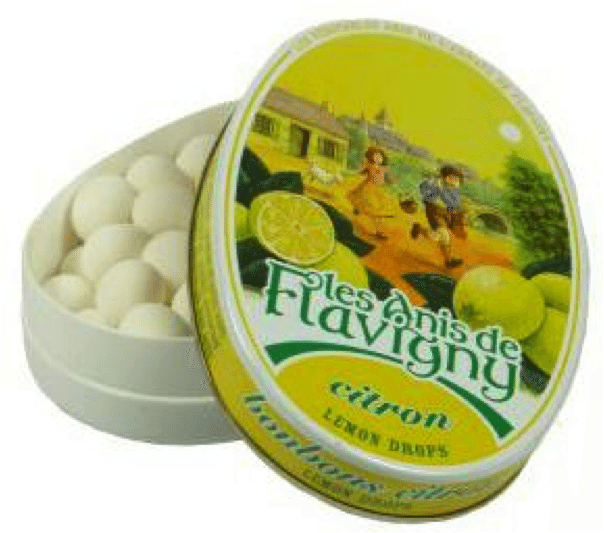 Did you know that in France, most regions have their own sweet delicacies, and many of them came about due to a mistake in the manufacturing process.

Here’s a sweet little explanation about some of the yummiest ones from our French Tutor Estelle. Do you know any more?

Bonbon is French for ‘Sweet’, because it’s twice as “bon”! #learnfrench #frenchlessons

In 1830, Emile, who was then training in the family business, made a mistake (bêtise) in the recipe. His mother shouted: “You’ve made a mistake, again!”
But since everyone liked the sweets so much, they decided to keep on making them and they became known as the “Bêtise de Cambrai”.

(from Auvergne; white lozenge, comes in different flavours like mint, aniseed or lemon)

In 1825, a chemist extracted the active components of the famous Vichy water to develop a medicine that wouldaid digestion in the form of the first ever lozenges. These delicious pastilles were greatly appreciated by the empress Eugénie and became famous for their refreshing properties.

(from Bourgogne; made from aniseeds covered in flavoured sugar syrup)

he Flavigny Abbey, using aniseed brought by the Roman traveller Flavius. Today, there’s only one place that still makes them in the traditional way: la Maison Troubat, in the very same abbey.

These unusual bonbons first appeared in the 13th century when flowers were simply cooked in sugar and considered a luxury (also very expensive). The proper crystallisation

technique started about 200 years ago, but it’s still a complex procedure, which is done entirely by hand.

Since olden times nougat has been made with honey, almonds and spices. In the 17th century, Provence became the only place to make it, and at that same time, Olivier de Serres planted the first almond trees near Montélimar, and started adding fruit to the recipe.

(from Aix en Provence; made with sugar, almond meal and candied melon, and covered with an egg icing)

The origin of the Calisson is unknown, but it was mentioned for the first time in the 12th century, and was made in Provence in the middle of the 15th century. In 1454, it was served to the future queen, Jeanne de Laval, who liked it very much and made it famous.

Have you tried any of these sweet French delicacies? Are there any other French bonbons that you love? Tell us in the comments below.

If you’d like to learn more about our Private or small group French lessons for children, then contact us or call us on 0448 271 392. We have expert French tutors available in SYDNEY, MELBOURNE, CANBERRA and BRISBANE!